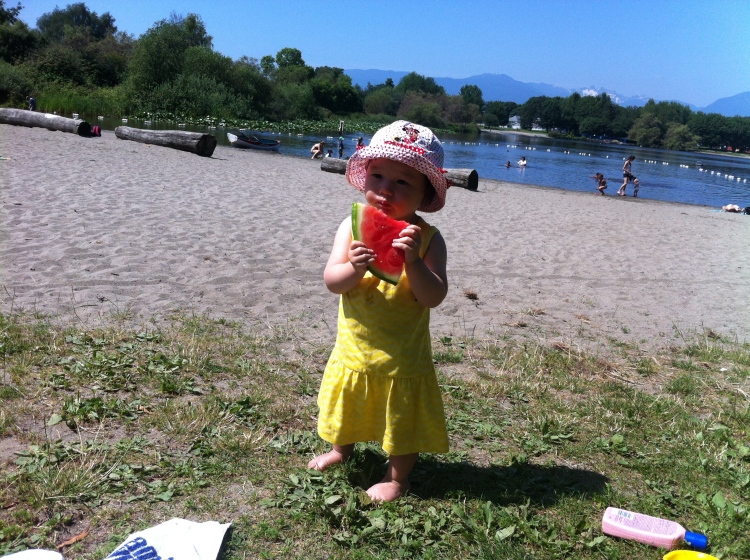 It was another one of those moments – the ones that I have had too often lately. You got me again processed food industry. No, I was not hit hard by the whole “nutella… not a wholesome breakfast choice?… really?” thing. No, no. It wasn’t the usual suspects: fat free peanut butter, microwave popcorn or sugar free food. It was almond milk. I know… NOT almond milk. I drink the stuff by the truck load. I feed it to Ama before bed. When people think processed food, they often think really processed. But in all truth, anything that is not raw is processed… even boiled potatoes. The big question is… do you know what every ingredient on the list is? That sad and scary reality is that even if you can pronounce it, it may still do more harm to you than good. Even if it’s a natural food. Like a seaweed derivative… in something as saintly as almond milk. Or it may not even be listed. Here are the top five offenders in my book. Feel free to add in your own surprise unhealth super foods in the comments!

5. Soy foods. This should come as no surprise to anyone up on nutrition. Those processed weenies are no better than the real thing – they have to put a lot of sodium and various chemicals to make them taste authentically like ground anus. Soy is also best consumed sprouted and fermented. I don’t think the phytoestrogens mean that one should never consume soy products. But one should consume them in moderation. And since soy is everywhere, that means avoiding it. Studies have shown that two glasses of soy milk a day for a month have a significant effect on hormones. Tofu every other week at dinner? OK. But just think of the effect of the tofu crazy on people’s systems… soy milk on soy cereal for breakfast, soy deli meat on soy cheese and soy chips for lunch, soy ground round and soy dessert for dinner. Egads. When you do eat soy, also make sure it’s organic… since it’s one of the most prominent GMO crops.

4. Protein bars and meal replacements. Your meal replacements should still be food. Not all protein bars are an absolute right off. I eat Genki (lentil based), Lara (date and nut based) and Simply Bars (high protein low sugar no articificial sweeteners) when pressed for time. Which since I had Ama, is daily. But these are food, made from food. Take Body for LIfe bars. We have all been told the first five ingredients are the most important. In BFL bars these are soy protein, whey protein, high fructose corn syrup (third ingredient!), vegetable oil, and sugar. Following those five ingredients are another 36 junk ingredients and then… sucralose (artiificial sweetener) for good measure. I guess to make sure there is absolutely nothing redeemable about these hunks of yuck. There are 210 calories in this bar, 60 calories that come from protein, 63 calories that come from fat and 72 calories that come from sugar. And yet they felt they still needed to add sucralose? I guess you need a lot of sugar to cover the taste of a junky chemical mashup. Oh right, and only 1 gram of fiber. Of course they broke open a multi-vitamin and popped that in so it looks like a nutritious product. Sounds like, Body for Death or Disease might be a better name. The point here is that you should look into what is in your preferred supplemental nutrition. It may not be something you want in your body.

3. Cereal. Not all cereal is awful. But most of it is… and all of it is processed. Special K is on my hit list… with 0 grams of fiber – it’s made from ground white rice and sugar. You are starting your day off on an insulin roller coaster ride. You should have more than 5 grams of fiber and less than 8 grams of sugar per serving. Of course, best if that sugar can be contained in dried (not sugar coated) fruit. I like Nature’s Path spelt flakes. But again, they follow into my processed food allotment. The better cereal substitute is always soaked steel cut oats (you can even eat it cold).

2. Decaf. When pregnant, I followed my doctor’s advice diligently on drinking decaf instead of regular. Only near term did I find out that the solvent typically used in the process of decaffeination was potentially harmful, ethyl acetate. The jury is still out on this chemical but I’d say have a look into it yourself. Of course, best to drink Swiss Water or naturally decaffeinated if you are avoiding chemicals. Ethyl Acetate is found naturally in fruit but of course, manufacturing is always cheaper than extraction… so we now reproduce it. On a side note, in a study at Harvard decaf was shown to increase the blood lipids responsible for heart disease.

1. Almond milk, coconut milk, flax milk, soy milk and hemp milk. Collectively known as non-dairy milk (although this label makes me think of non-dairy creamer which raises the yuck-not-meant-for-consumption flag), a substance called Carrageenan is often used as a thickener. And I knew it was. But I thought it was seaweed. Apparently as it degrades in processed food products, it causes a potent inflammatory response. This is particularly important for people with conditions made worse with inflammation. But also since many of the foods we (OK I, I love my almond milk) consume often contain this little nasty. I realized that the type of almond milk that I was currently consuming (Silk) had none. Blue Diamond, the type I had switched from since Silk makes such a lovely foamy latte, contains it. Good bye Blue Diamond hello Silk. Maybe if we all become more aware of what’s in our food, and say goodbye a little more, companies will start looking more closely at what they’re putting in their food too. I just wish it was the other way around!

One thought on “Dangerous health foods”